As part of the Drifting Apart But Working Together conference participants visited Katla UNESCO Global Geopark . Katla was Icelands first Geopark and got its name from one of its most known volcanoes, Katla, which lies under the glacier Mýrdalsjökull. The geopark is 9542km2 or around 9.3 % of the total area of Iceland with a population around 3000.

The Bridge Between Continents, a symbolic footbridge,spanning a wide tension crack that opened up due to the divergent movements of the North American and Eurasian plates. The average rifting amounts to about 2 cm/year but commences in bursts. 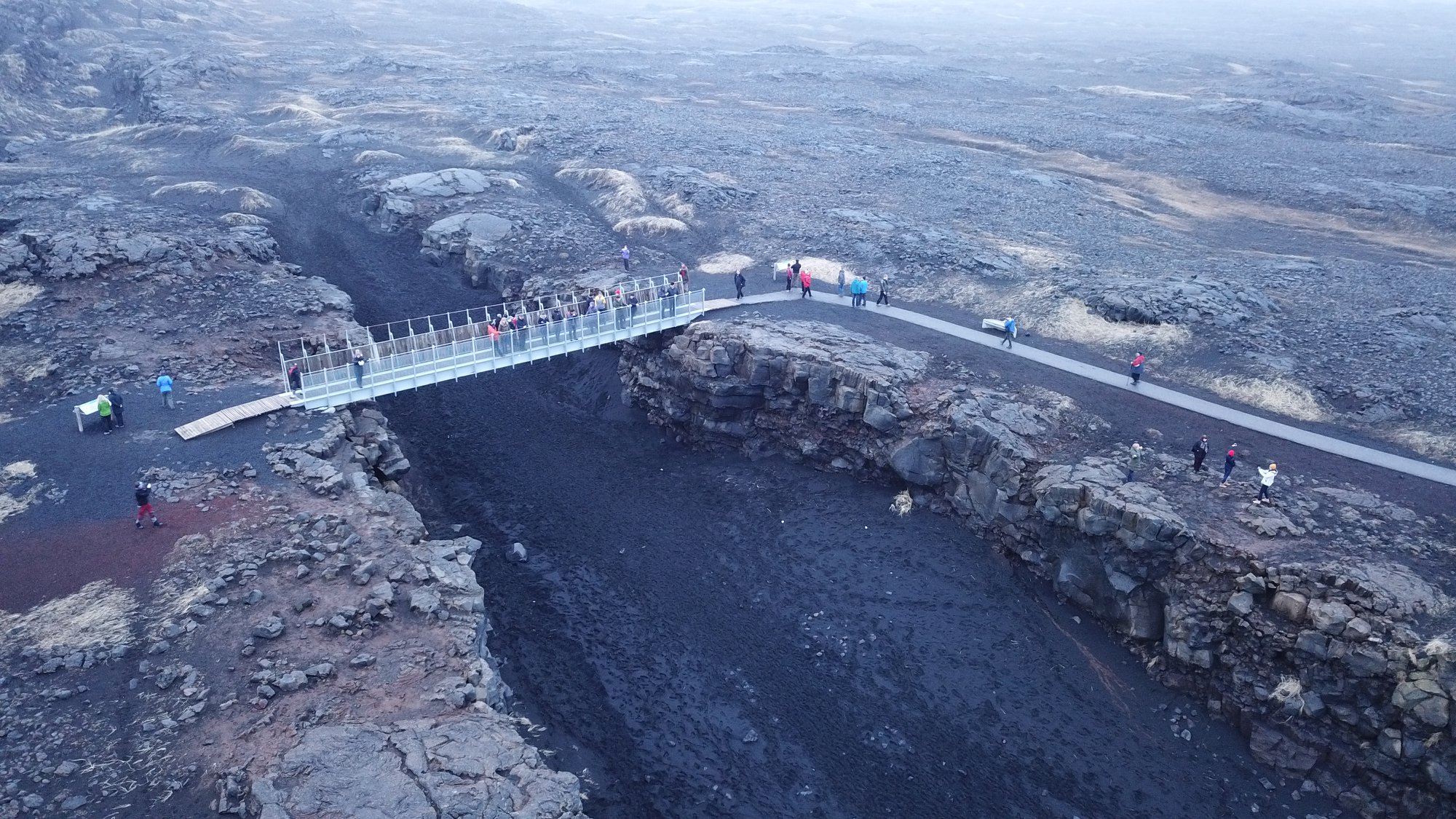 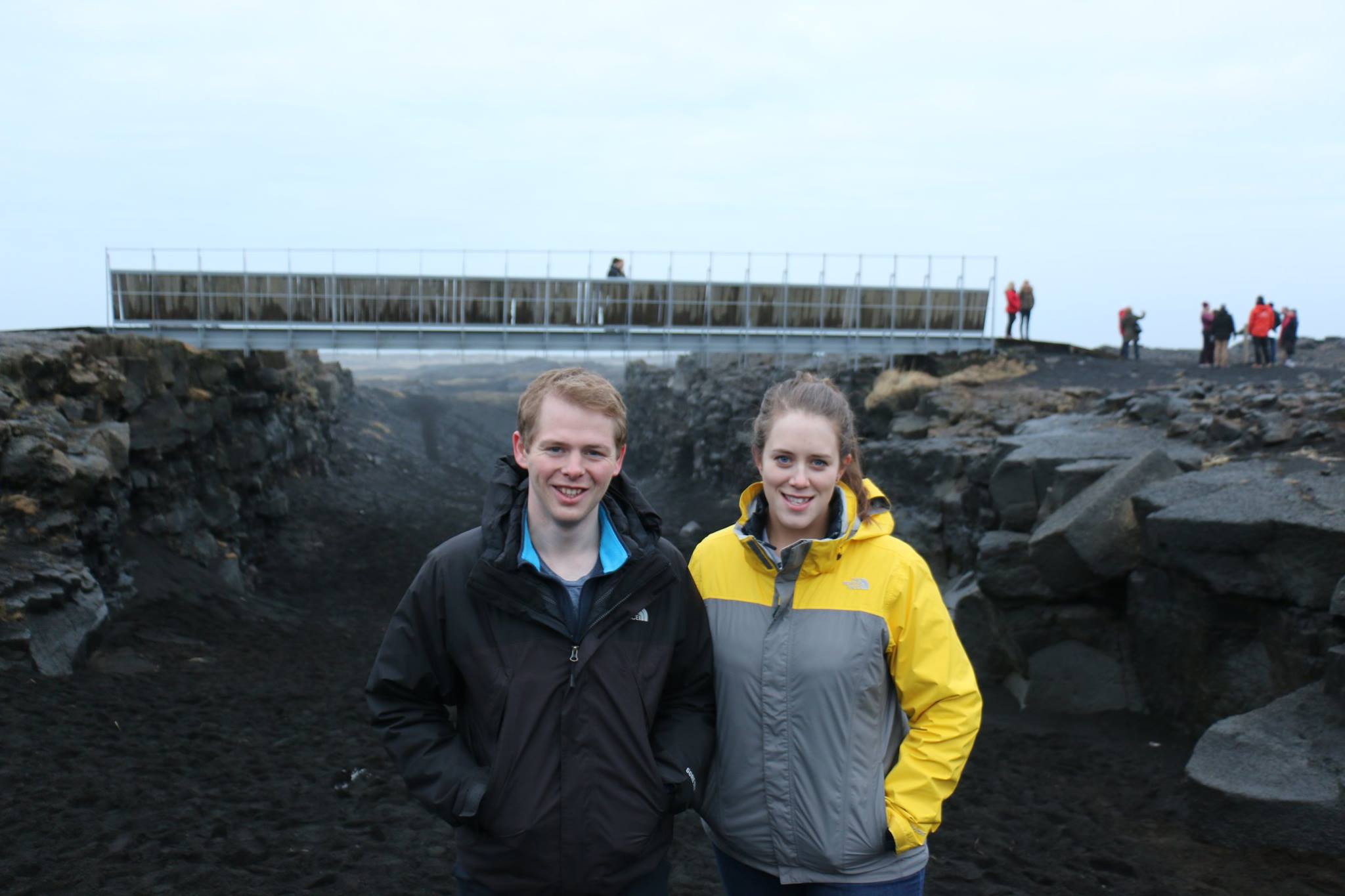 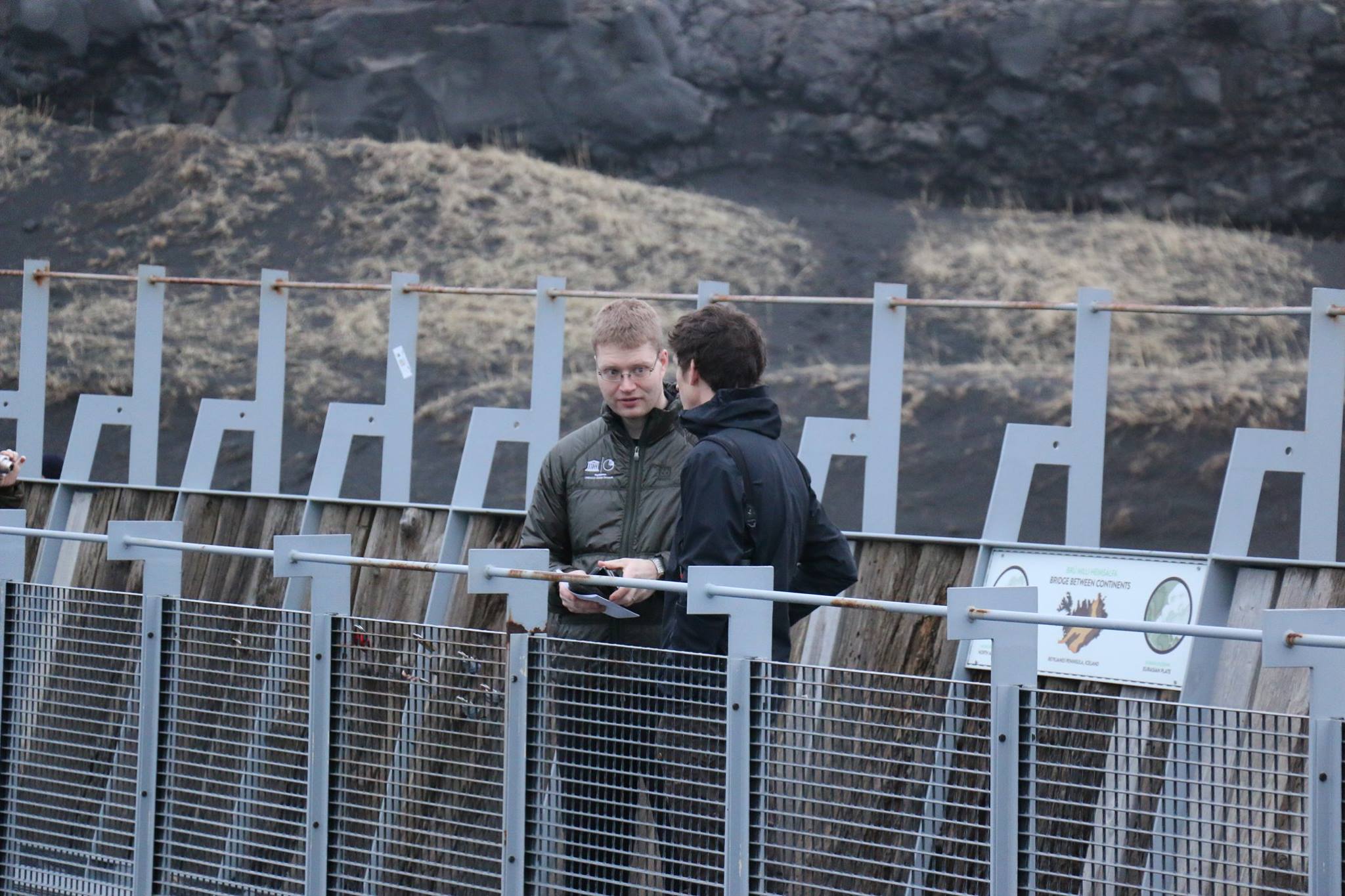 Gunnuhver, a group of vigorous mud pools and steam vents at Reykjanes. They change with time. The group partly formed after earthquakes in 1967. The name stems from a story about the vicious ghost Gunna who was lured into a vent and never seen again. 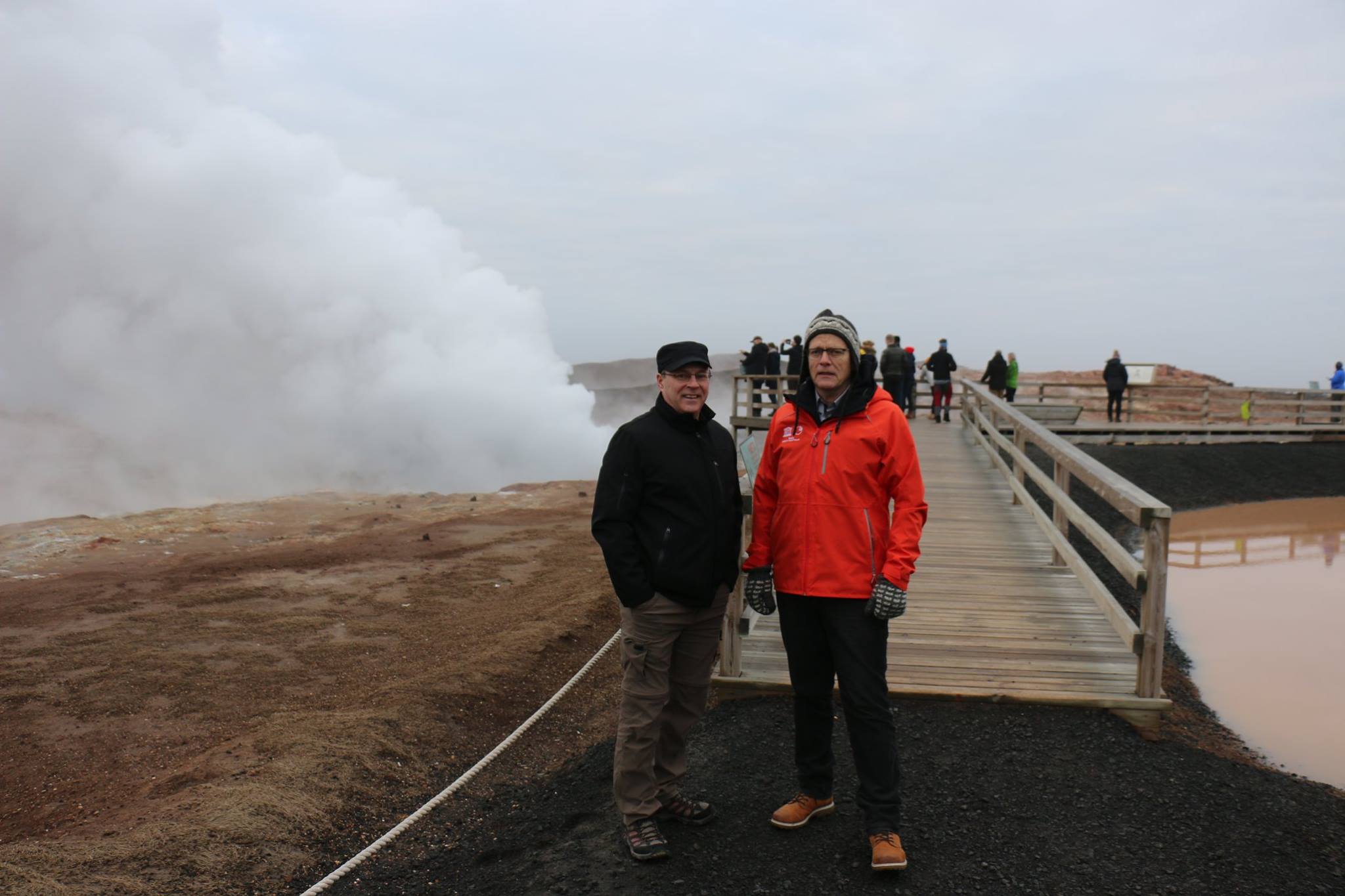 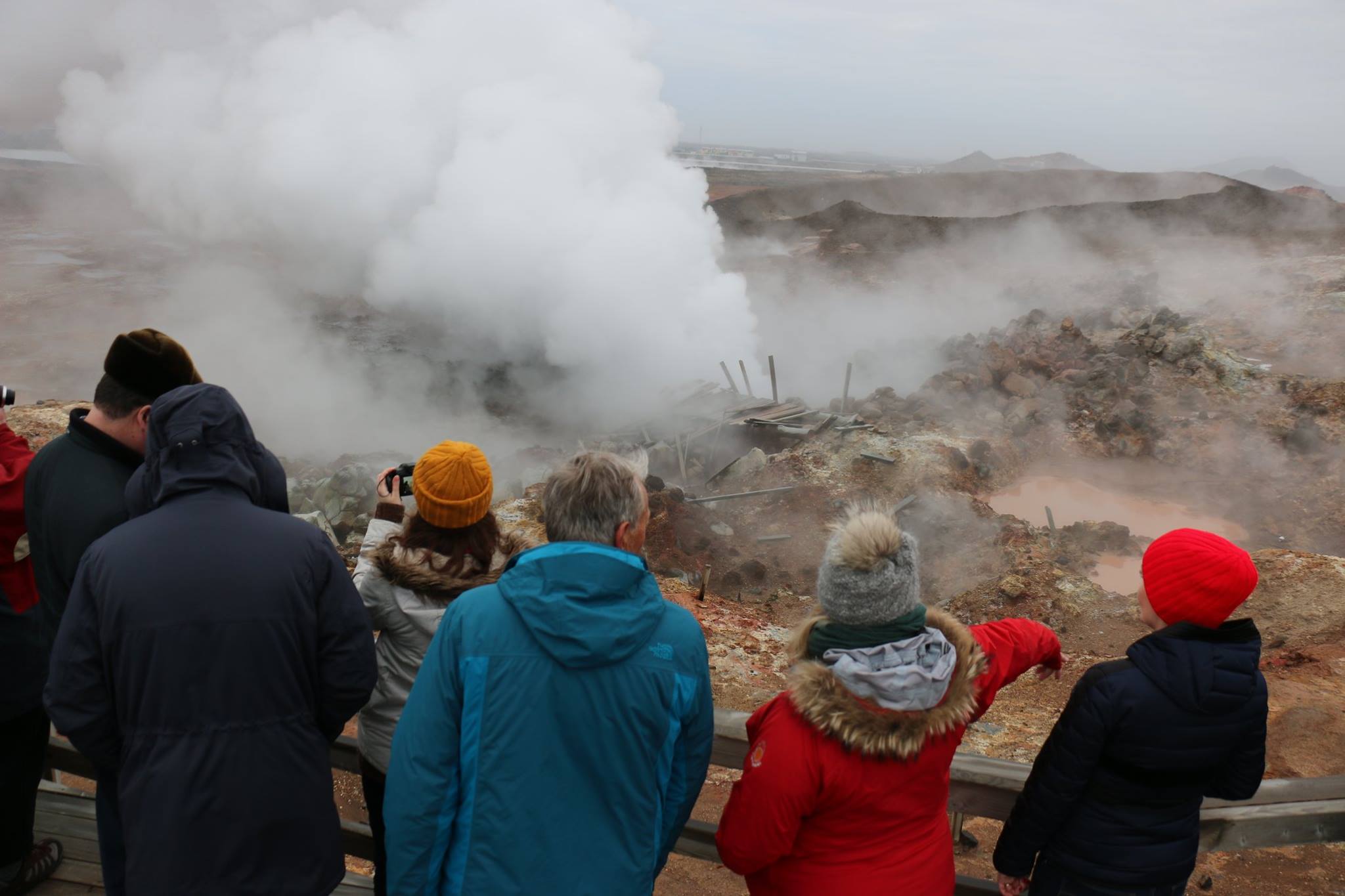 Participants set off east to Þorvaldseyri a historic farm located beneath Iceland’s most famous volcano, Eyjafjallajökull. Here everyone got to expereince an exhibtion devleoped by the local families who live with the constant threat of geo-hazard above.

The next stop in Katla UNESCO

Global Geopark was to visit a glacier. Sólheimajökull is an outlet glacier that descends from the southwest corner of Mýrdaljökull. It is a so called “climate glacier” as it responds rather quickly to climate changes. Access to the glacier tongue is good because it reaches down to the lowlands. The glacier is used by schools groups for field trips and tourist recreation for glacier walks.  Annual studies by local schools have tracked the depletion of the glacier over many years. 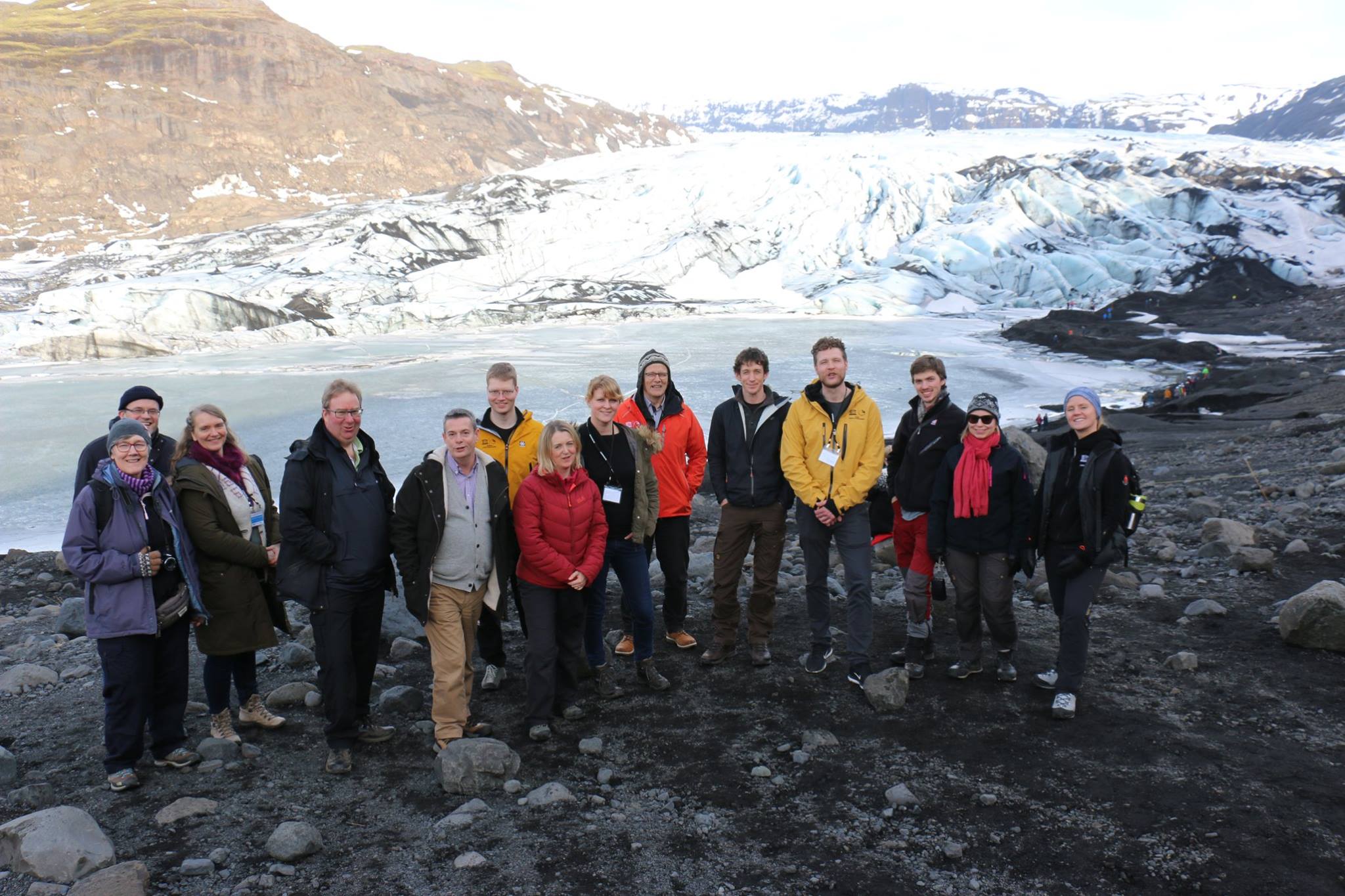 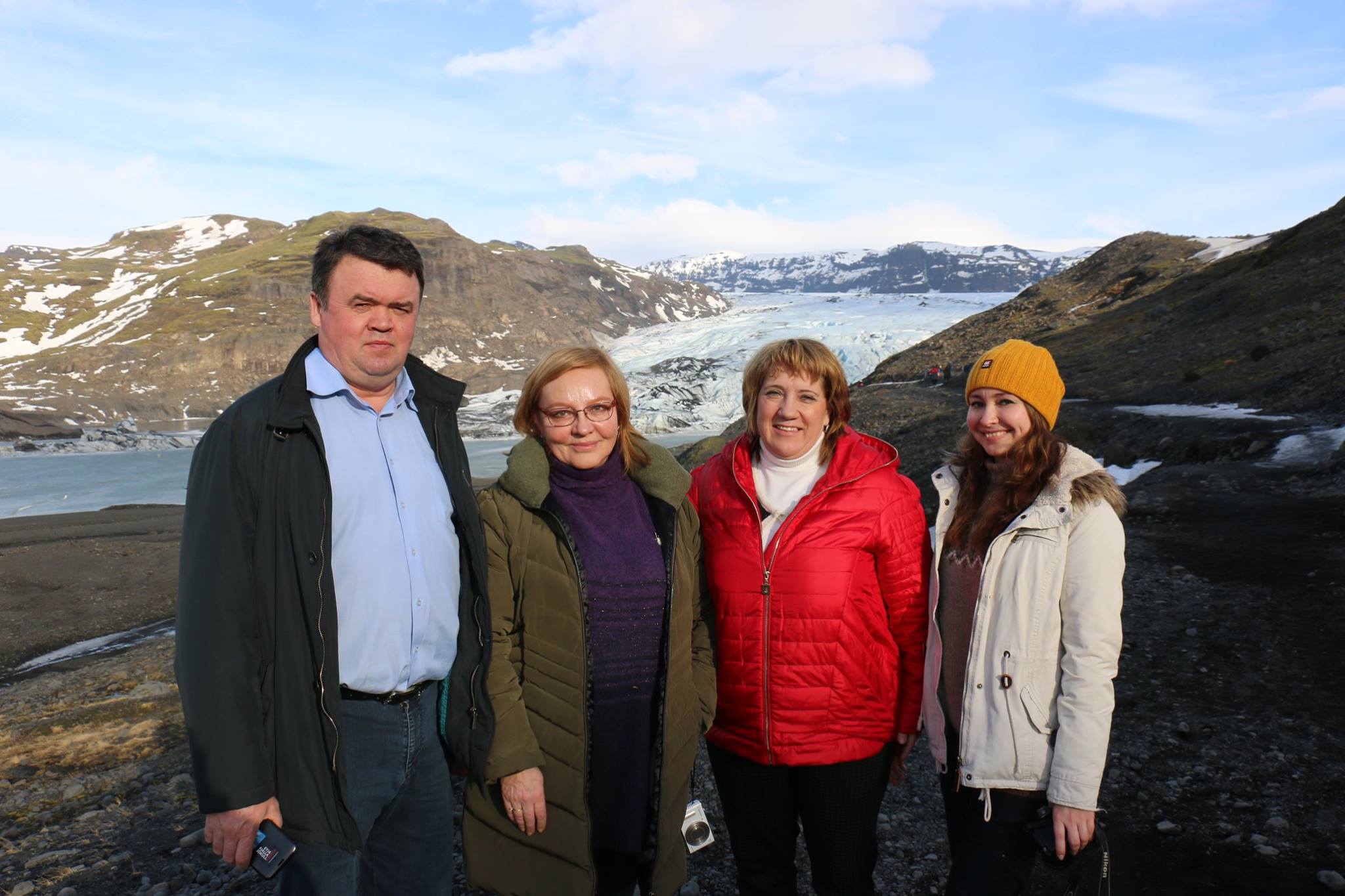 A short refreshment stop at Skogakaffi

in Skógar Museum was welcomed by all followed by some time to look around the museum and a cultural heritage collection of more than 15,000 regional folk craft artifacts exhibited in 3 museums and 6 historical buildings.

The Skógafoss waterfall is one of the most beautiful waterfalls in Iceland. This classic 62m high and 15 m wide waterfall is the last and most spectacular in a series of falls that are found in the Skógá River. All enjoyed the chance to visit this iconic geosite. This site demonstrated well the increasing visitor numbers being experienced in Iceland as the small car park at the foot of the falls was ever-busy. 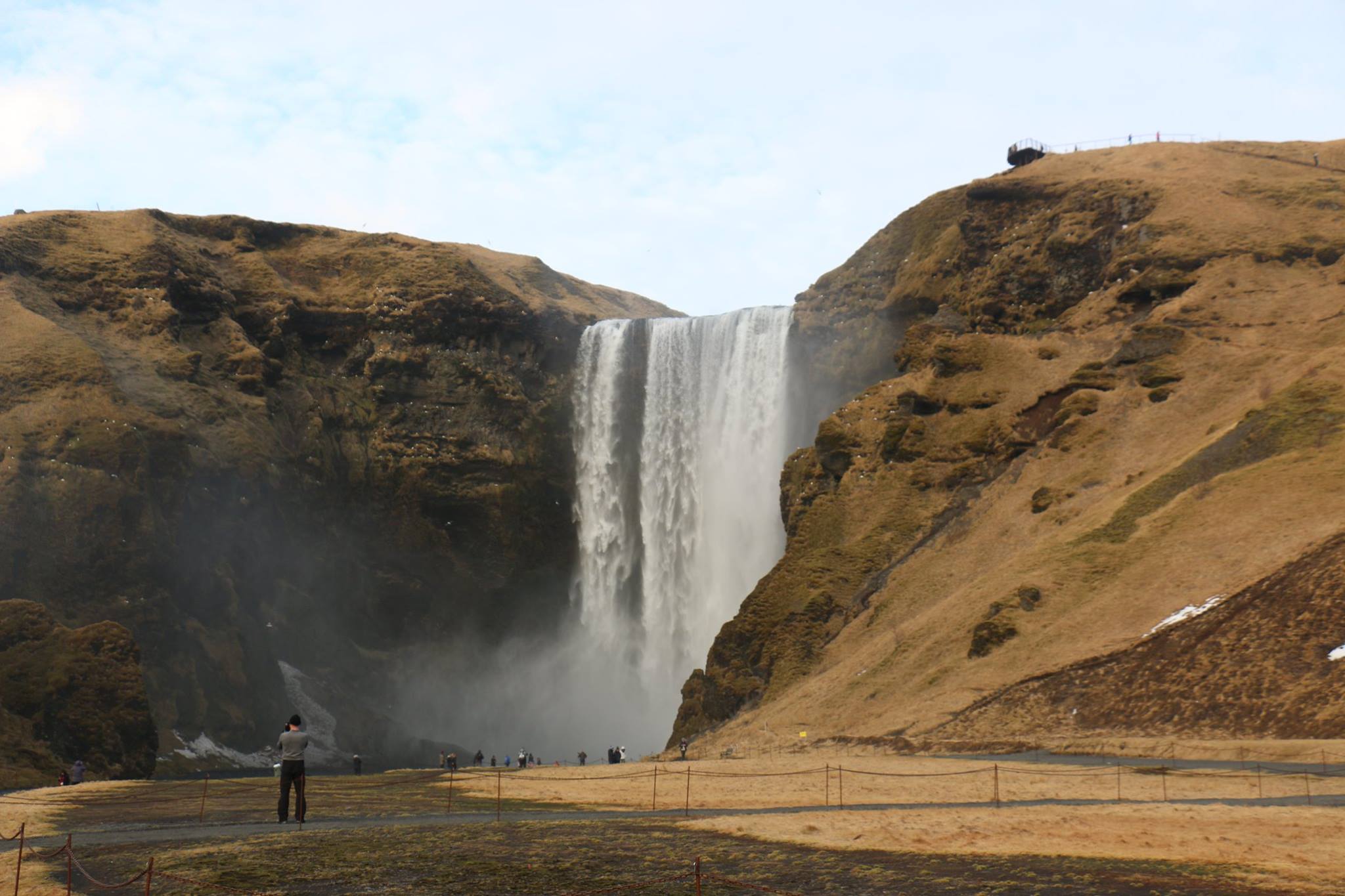 The last stop of the field trip was to the newly opened LAVA Centre.  A privately owned visitor and interpretation centre which works in partnership with Katla UNESCO Global Geopark. This cutting-edge visitor centre uses immersive virtual reality to virtual to interpret the dynamic actions of earth, from lava rising through tectonic plates, to earthquakes andthe various types of volcanic eruptions experienced on Iceland. The centre proved as inspiration to all who attended the field trip. 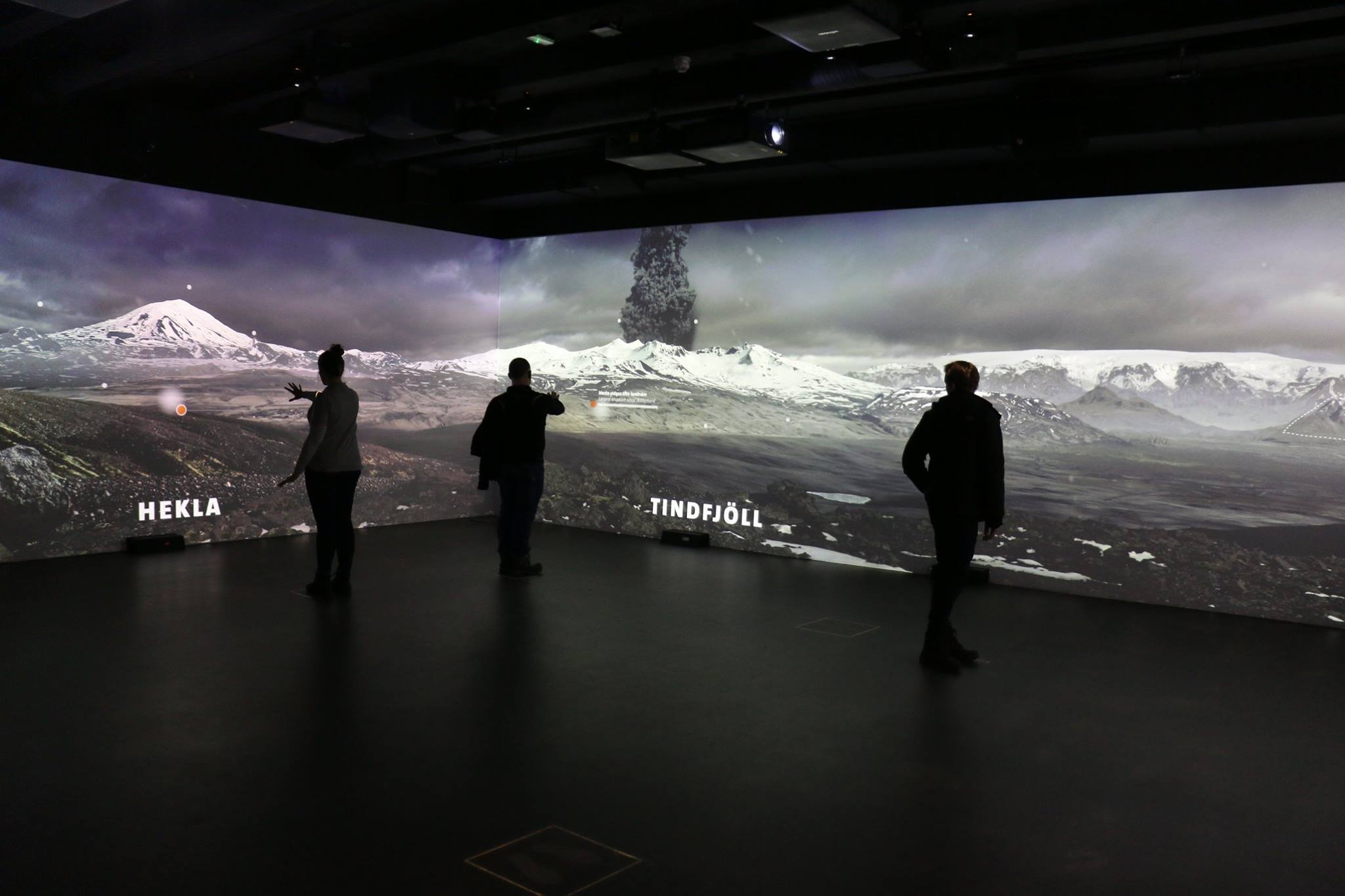 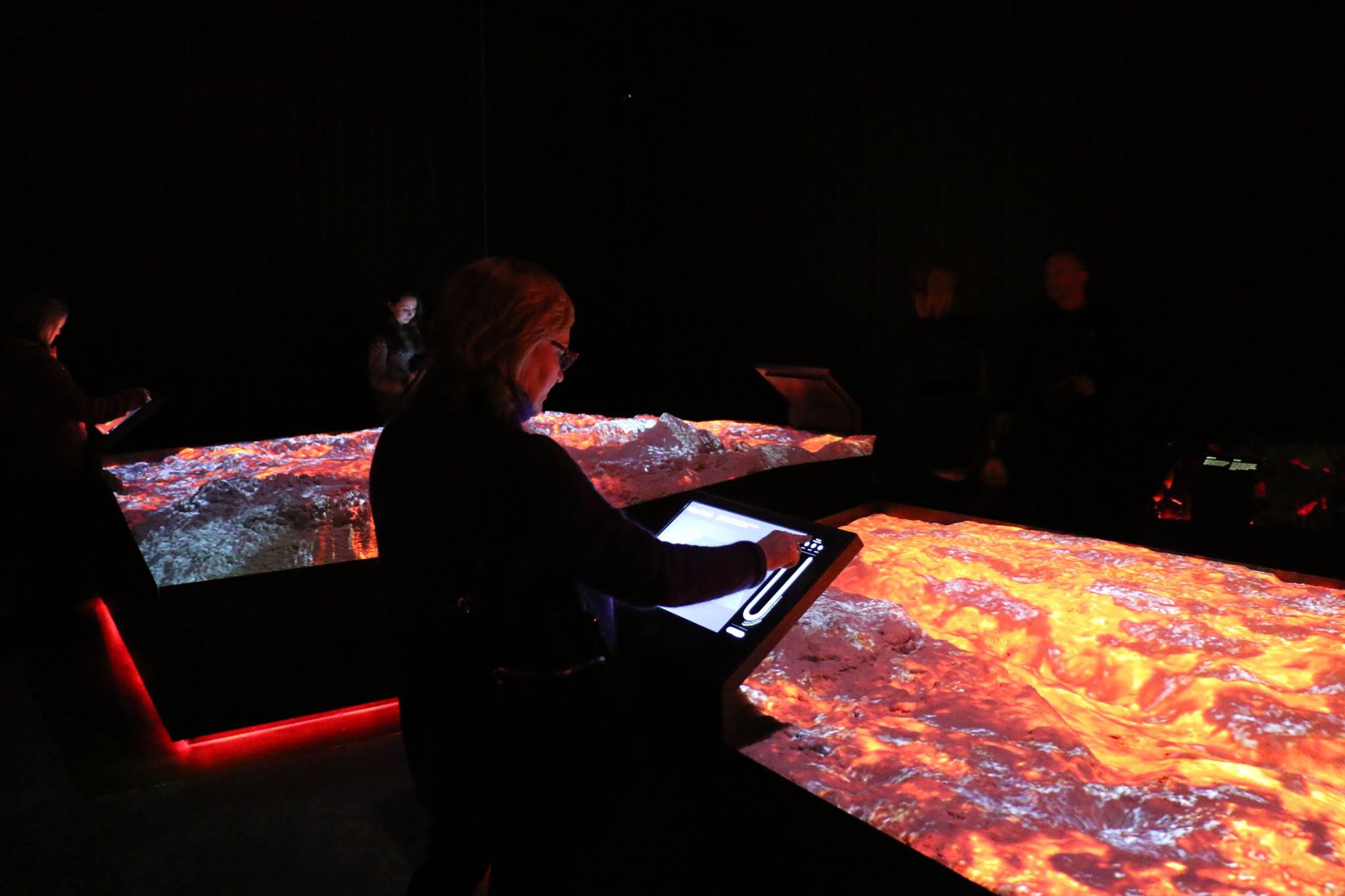 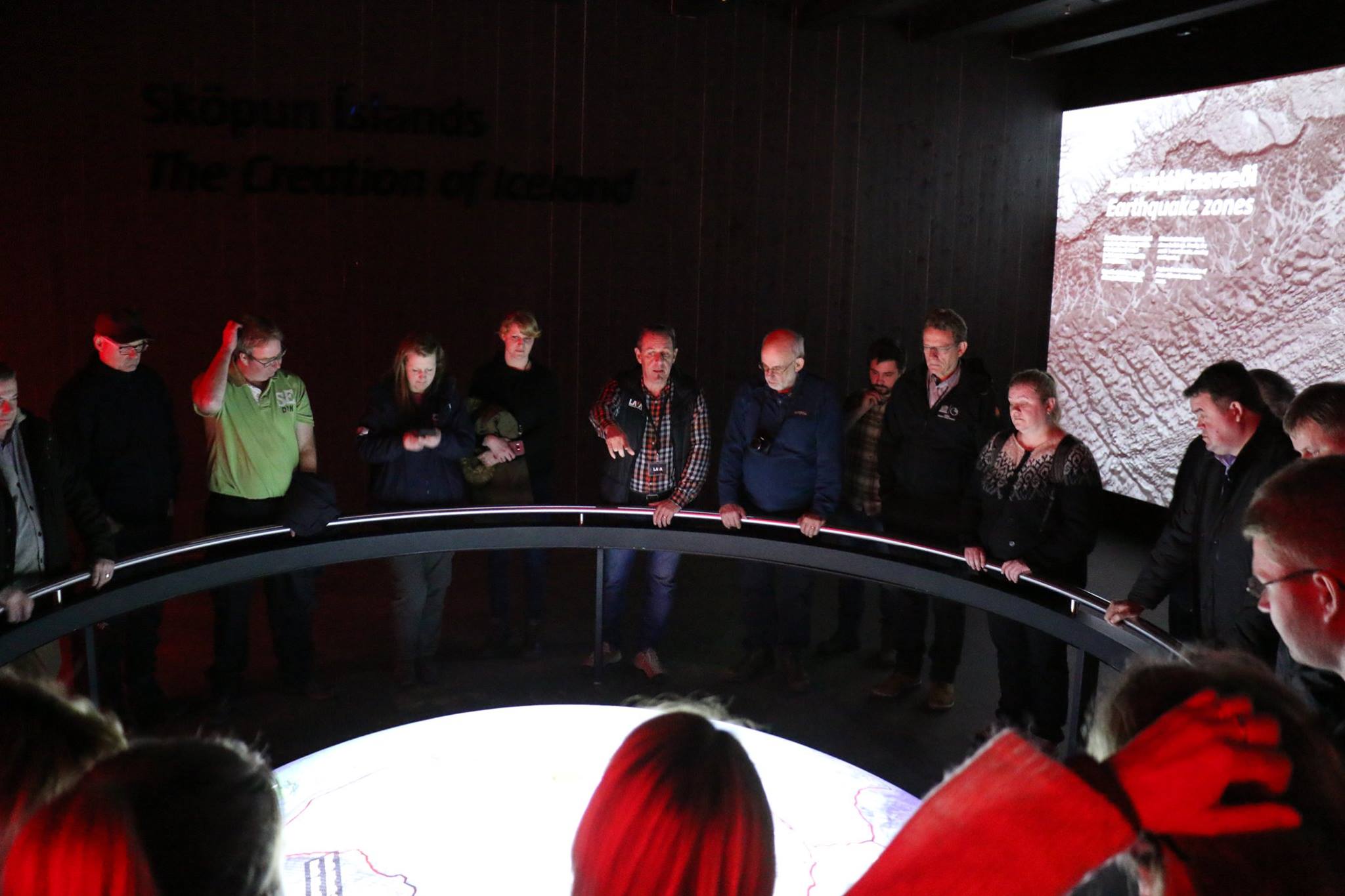 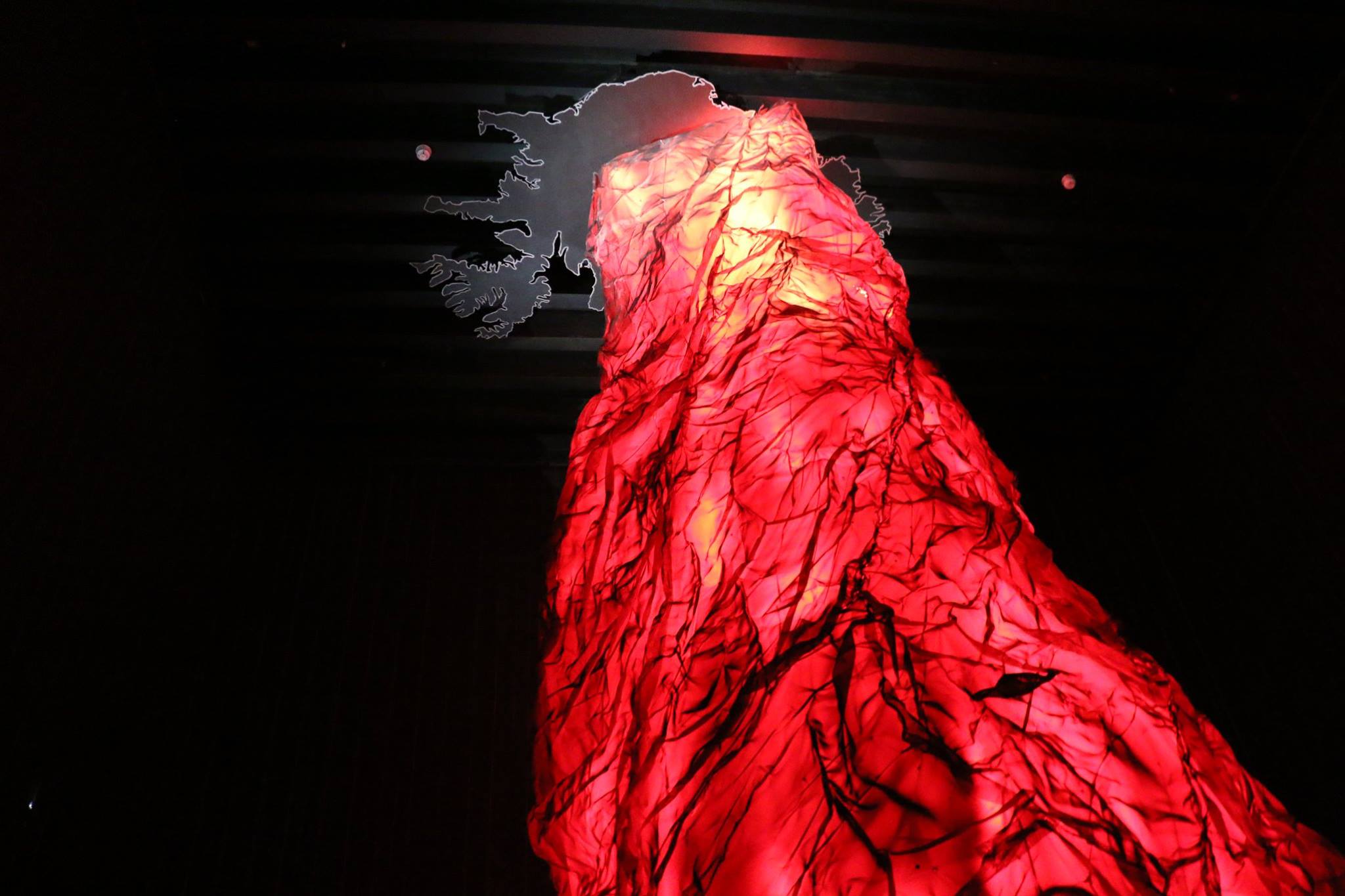