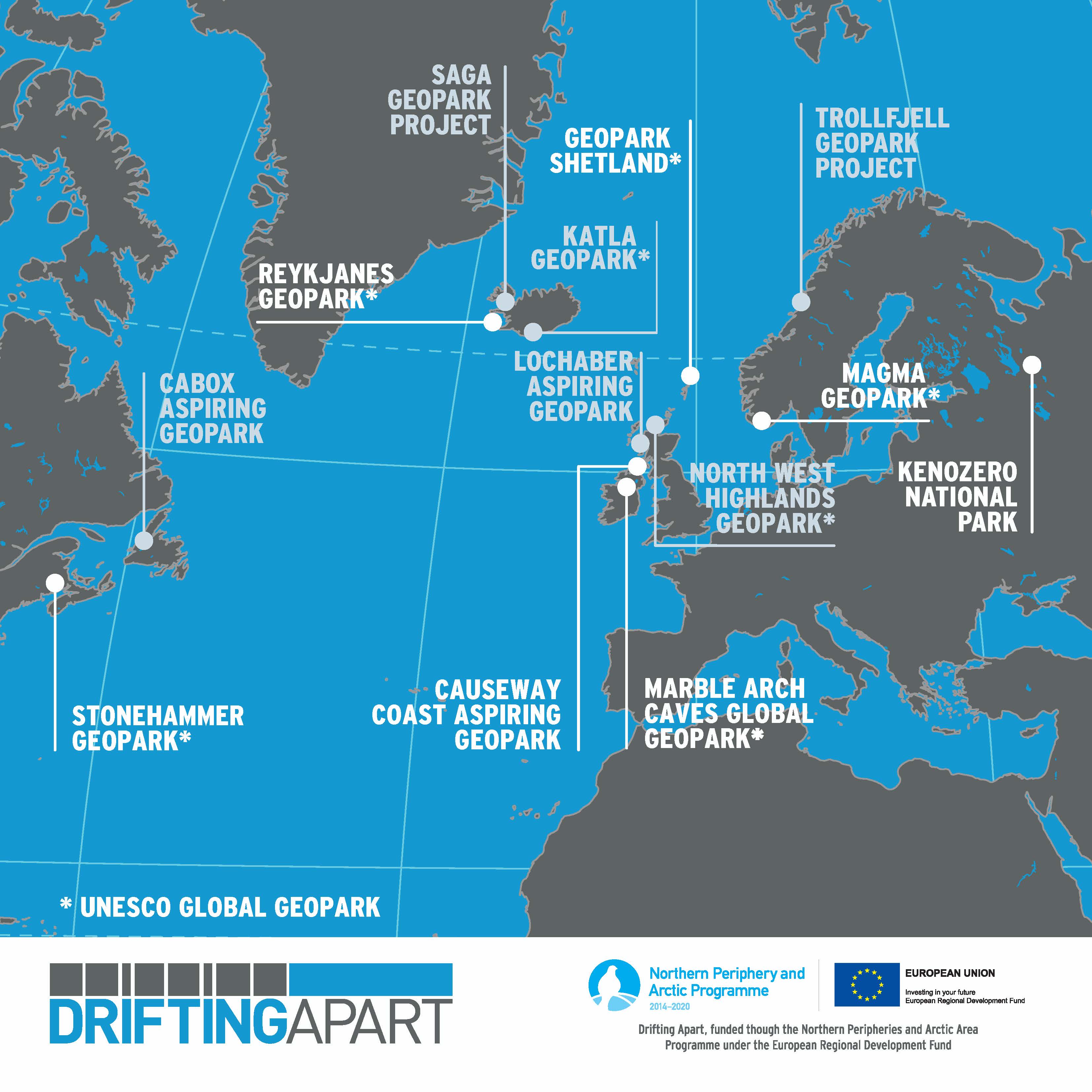 on behalf of partners, to the Northern Periphery and Arctic Programme in 2014. The application was successful and in May 2015 the project commenced. It was one of the first projects to commence under this funding.

The Northern Periphery and Arctic 2014-2020 Programme forms a cooperation between 9 programme partner countries; the Member States of Finland, Ireland, Sweden and the United Kingdom (Scotland and Northern Ireland) in cooperation with the Faroe Islands, Iceland, Greenland and Norway. This means that the programme area encompasses the Euro-Arctic zone, parts of the Atlantic zone and parts of the Barents region, neighbouring on Canada in the West and Russia in the East.

In total the project was approved for €1.06 million. €1.03 million of this was provided by the Northern Periphery and Arctic Fund Programme 2014-2020 with the remaining funds provided by individual partners.

Although the project no longer receives funding partnerships created during the project continue. Much is this is realized through the Global Geoparks Network although partners also maintain communication to share ideas and best-practice.

All partners would like to thank Northern Periphery and Arctic Programme, as well as further contributors to the Drifting Apart Project.